College Football Bowl Predictions (1/2): Lean Under in Both Games 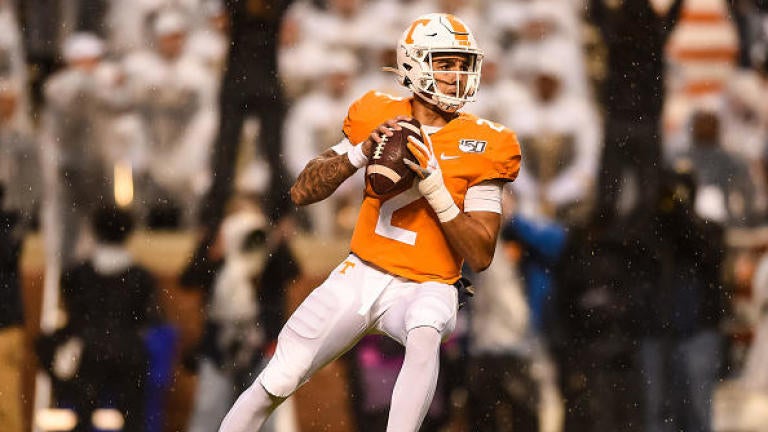 We ran 10,000 simulations to predict the outcomes of today's bowl games.

Preview: Cincinnati (10-3) is in the midst of their second consecutive 10-win season. The Bearcats' three losses this season have come against #2 Ohio State and twice to #17 Memphis. Cincinnati led by QB Desmond Ridder and RB Michael Warren is winning by an average score of 29-22 this season. The Bearcats won't beat you by running uptempo the entire game, rather they will march down the field with their well-balanced offense. Cincinnati has been one of the better defensive teams in College Football over the past two seasons. The Bearcats are allowing opponents to score on just 3.9% of passing attempts and 3% of rushing attempts. Look for the Bearcat defense to play a big role in the outcome of today's game.

Boston College (6-6) will be without their top QB, RB, and HC for this game. QB Anthony Brown missed a large chunk of the season with an injury and has decided to leave the Eagles as a grad-transfer, RB AJ Dillon is skipping the bowl game in preparation for the 2020 NFL Draft, and BC decided to let go of HC Steve Addazio (now the HC of Colorado State) following the regular season. BC's average score this season is 30-33, and they are losing by an average of 28-34 away from home this season. The Eagles are putting up similar numbers on offense this season to last, but their defense has been a bit down this season, especially defending the pass. Boston College will need big games from QB Dennis Grosell and RB David Bailey if they are going to upset Cincinnati.

Prediction: The sims like under 53 points in this game which makes sense given Cincinnati's recent struggles on offense as well as Boston College missing several key players. I would lean Cincy -7.5 as well given BC's losses on offense.

Preview: Indiana (8-4) achieved their first 8-win season since 1993 and is trying to win 9 games for the first time since making the rose bowl in 1967. Indiana QB Peyton Ramsey has beeen very solid since he regained his starting position after Michael Penix went down with an injury. The Hoosiers have played one of the easier schedules in the BIG10 this season, playing against Maryland, Rutgers, and Purdue in their conference slate, as well as UCONN in the non-conference. The Hoosiers are winning by an average score of 31-27 this season but have given up an average of 38 points/game over their last three games. Two of those games came against Michigan and Penn State, and while Tennessee is not at the level of those teams, the Hoosier's defense will need to step up if they are going to win this game.

Tennessee (7-5) looked as if they were headed for a disaster of a season when they started 2-5 before they rattled off 5 consecutive wins to end the regular season at 7-5. QB Jarrett Guarantano is a big reason for the Vols win streak and has looked like a whole new QB since retaking the job as starting QB. The Vols average score is 22-24 despite their winning record, but they have held opponents to an average of 10 points/game over their last 4 games. Tennessee will be facing an improved Indiana secondary, but that secondary still has some holes that Tennessee should look to exploit.

Prediction: The sims have a solid lean on under 55 points in this game, and I am leaning toward the under as well. Indiana should have their defense ready for this matchup with a defensive minded HC in Tom Allen. I would lean Tennessee -2.5 with the momentum that they have coming into this game, especially on the defensive side of the ball.