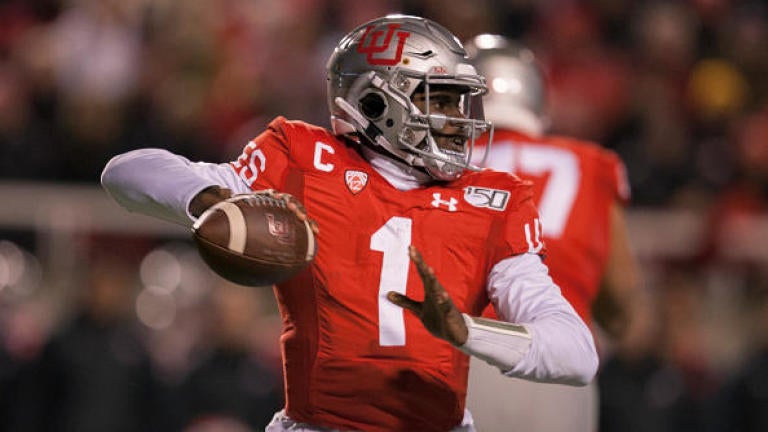 We ran 10,000 computer simulations to predict the outcome of tonight's PAC12 Championship Game between Utah and Oregon.

Utah (11-1) is playing for a possible playoff birth tonight. If the Utes win and Georgia loses to LSU in the SEC Championship Game, the Utes have a strong case to be the 4th seed in the playoffs. The Utes are led on offense by QB Tyler Huntley and RB Zack Moss, who both missed last year's matchup against Oregon--- game which Utah won 32-25. Huntley has thrown 15 TDs to just 2 INTs this season and has the 5th highest QB rating of all FBS quarterbacks, while Moss has racked up over 1,500 all-purpose yards and 16 TDs in 11 games this season. The Utes' lone loss this season came at USC, a game which Moss exited due to injury after just 6 carries. Utah has upped their scoring total from 27 PPG last season to 36 PPG this season and has been more efficient both running and passing the ball. On the defensive side of the ball, Utah is ranked third in the country with just 11.2 points allowed/game. Utah hasn't allowed more than 30 points in a game this season and has given up more than 20 points just twice. Opponents are scoring touchdowns on just 3.3% of passing attempts and just 1.5% of rushing attempts this season. The defense has been dominant this season but has yet to face an offense as explosive as Oregon's.

Oregon (10-2) will try to play spoiler tonight. The Ducks led by QB Justin Herbert this season are averaging 36 PPG on offense, while scoring on 8.1% of their passing attempts and 5% of their rushing attempts. Utah's defense probable compares best to Auburn's defense that the Ducks faced in week 1. Oregon had a commanding 21-6 lead in that game before Auburn scored 20 unanswered points to win 27-21. Herbert started strong in that game before struggling late. If the Ducks are going to upset Utah, Herbert is going to have to be consistent all 60 minutes of the game. On defense, Oregon is allowing almost 10 PPG less this season than last. The Ducks are allowing opposing offense's to score on just 3.3% of passing attempts and 1.1% of rushing attempts.

Prediction: SportsLine predicts the score to be 21-19 in favor of Utah. While Utah has covered in 8 straight games since their loss to USC, they are probably facing their best competition so far this season. Oregon's two losses this season came by 6 points or less, and I think there is a good chance that they keep this game tight as well. I would take Oregon +6.5 in this game.