NFL Championship Games: Bet on Favored 49ers and Chiefs to Win and Cover 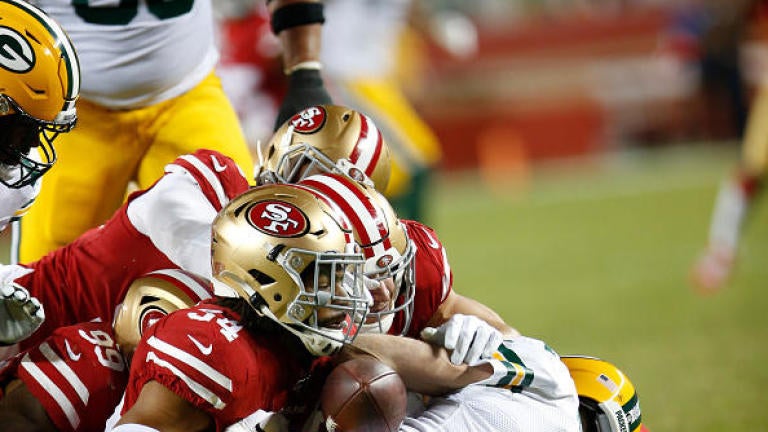 Both the simulations and the betting lines are strongly on the Chiefs to win the game. The projected score is Chiefs 30 and Titans 20, and Kansas City is winning 73% of the sims. The moneyline for the Chiefs is -337 which translates to 77 percent (chance of winning). The moneyline has not moved significantly which indicates that the betting public agrees with the implied betting line probabilities. The Titans have the recent head-to-head edge going 2-0. In these games, the Titans averaged 28 and the Chiefs 26 ppg. The projection based point spread is KC -10. Betting action seems to be evenly split and the line has not moved from its opening -7. Coming into this game as a favorite, the Chiefs are 9-4-1. As an underdog, the Titans are 11-7-0. Their straight up head-to-head record is the same as their ATS records. The Titans are 2-0-0 against the spread vs the Chiefs. The Chiefs were favored by an average of -7.2 points in these games but the Titans won by an average of 2 points.

Both the simulations and the betting lines are strongly on the 49ers to win the game. The projected score is 49ers 28 and Packers 18, and San Francisco is winning 72% of the sims. At -358 on the moneyline, the 49ers implied probability to win is 78 percent. The current moneylines are holding steady compared to the opening lines which means bettors, so far, feel like these odds are fair. They both have one win head-to-head in recent seasons. In these games the 49ers averaged 34 points per game and the Packers 20. The computer would set the spread at SF -10. More of the action seems to be on the 49ers with the Vegas line moving from -7 to -7.5. Coming into this game as a favorite, the 49ers are 5-6-1. As an underdog, the Packers are 5-5-1. The 49ers have the ATS edge head to head going 2-0-0 vs the Packers. The average point spread in these games was Packers -3 but the 49ers won by an average of 13 points.