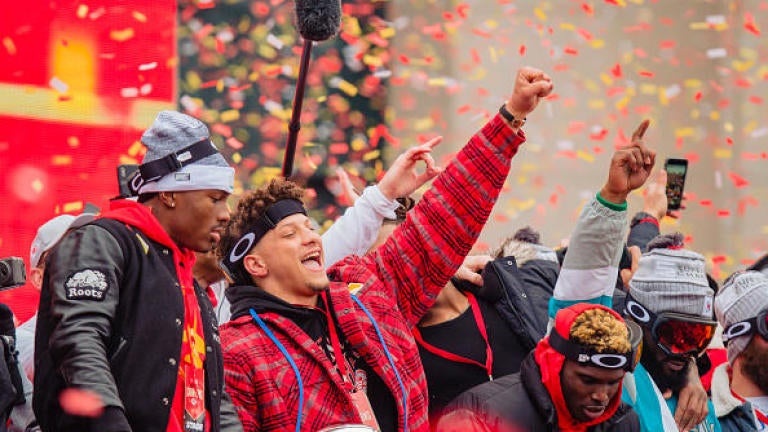 There is a virtual tie at the top of the conference. The Baltimore Ravens lead with a 35.2 percent chance of winning the AFC and the Kansas City Chiefs are at 34.8%. The gap seems to be widening. The Chiefs chances are down from 37.6 percent. Expect the race for the final playoff spot to be tight. In simulations, the Steelers average the #6 most wins and the Colts average the #7 so the difference (0.44 wins) between making and missing the playoffs is expected to be small. There is not a lot of parity and power is concentrated at the top of the conference with just 5 teams having at least a 4% chance of winning it.

There is a large 8.3% difference between the 49ers and the Saints. The San Francisco 49ers lead with a 38.2 percent chance of winning the NFC and the New Orleans Saints are at 29.9%. The gap seems to be lessening. The 49ers chances are down from 44.9 percent. Expect the playoff race to be tight. In simulations, the Rams average the #5 most wins and the Bears average the #7 most so the difference (0.63 wins) between making and missing the playoffs is expected to be small. This is a top heavy conference with just 5 teams with at least a four percent chance of winning it.

Getting into the playoffs will be the peak of the season for 5 teams. There are only 7 winning it all in at least two percent of simulations. At #2, the Chiefs have a 20.1 percent chance of winning the championship, which is 1.3 percentage points behind the Ravens. The separation between the team with the #5 highest chances vs the #7 highest is 3.4 percentage points.