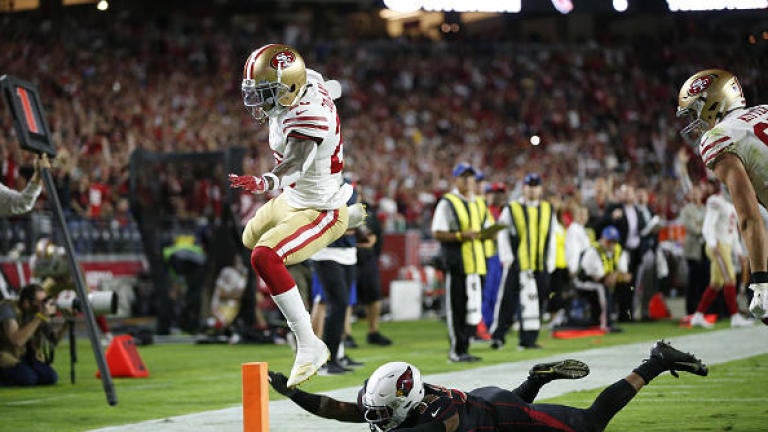 There is a huge 31.7% difference between the Patriots and the Chiefs. The New England Patriots lead with a 49.6 percent chance of winning the AFC and the Kansas City Chiefs are at 17.9%. The difference between these teams is widening as the Chiefs chances are down from 27.5 percent. As far as teams fighting for the final playoff spots go, there is a small difference in projected wins between the teams with the #5 best record and the team with the #7 best record. There is not a lot of parity and power is concentrated at the top of the conference with just 4 teams having at least a 4% chance of winning it.

The difference at the top of the conference is small at 2%. The San Francisco 49ers at 34.6% trails the New Orleans Saints at 36.6%. The difference between these teams is widening as the 49ers chances are down from 37.1 percent. There is a 0.67 difference in projected win total between the #6 best record and the #7 best record in the conference. This is a pretty significant difference even if it does not seem to be at first glance. In terms of having a realistic chance of winning the conference, there are 7 legitimate contenders (those with >=4% chance).

There may be 12 playoff teams but there are only 7 true championship contenders (at least a 2% chance). At the top, the Patriots have a 8.7 percentage point lead over the Saints. At the bottom of the contenders list, 5.7 percentage points separate the Ravens from the Rams.