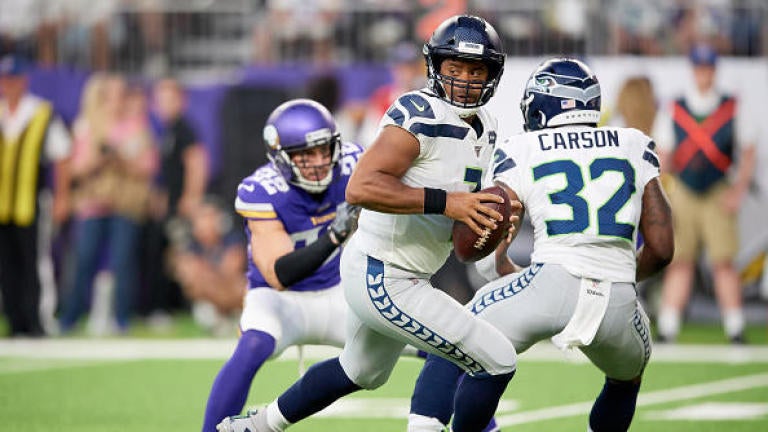 The simulations have this as an even matchup, while the Vegas odds favor the Seahawks. The projected score is Seahawks 24 and Vikings 22, and Seattle is winning 52% of simulations. The Seahawks are -148 favorites to win which has an implied probability of 60 percent. Bettors seem to be favoring the Vikings since the moneyline is moving in their 'direction'. Seattle won their lone matchup in recent seasons 21 to 7. The projection based point spread is SEA -1. With more action on the Vikings, oddsmakers have moved the line from +3 to +2.5. Coming into this game as a favorite, the Seahawks are 7-8-1. As an underdog, the Vikings are 4-6-1. In their last match-up (SEA won by 14) Seattle covered the spread. The Seahawks were -3 favorites.